A direct recipient of funds raised by Pops in the Park goes to this project ($5000). Almost a year ago, on July 21, 2012, nearly a third of the McKinley Park playground was burned down. Since then, community members have rallied to rebuild it. According to the website:
“The theme of the playground will be essentially East Sacramento, with an intent to reflect its history and sense of place. To this end, the playground will have elements such as a trolley, architectural elements reminiscent of the Alhambra Theater and natural elements such as logs and stones. The playground may also include other features reminiscent of Sacramento’s past and present.”
If you’re interested in volunteering your services, there will be plenty of opportunities to do so: three shifts a day for six days from Tuesday June 4th to Sunday June 9th. For more information on how to volunteer or make a donation to the cause, see the official website at http://www.cityofsacramento.org/rebuildmckinley. 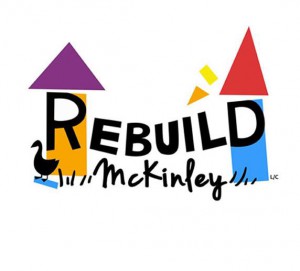 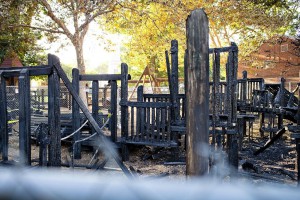