I got a call in March by someone that was looking for a house in East Sac, but not just any part of East Sac, they wanted to be near McKinley Park and preferably on one of three blocks. The house should have three bedrooms and two bathrooms and be under $550,000. OK, as long as it doesn’t also have to be a specific color then these aren’t too tight of search restrictions.

Turns out that an investor was working on a house that perfectly fit what they were looking for. They didn’t want to accept an offer before they were done with the construction and put it out for competition, but that didn’t stop us. On April 2nd we put in an offer and by April 16th we talked them into accepting the offer before the remodel was completed.
On June 12th the builders finished all but one or two punch list items and on June 13th we closed and handed off the keys! The property never made it to market so you won’t find a record of it on the MLS. In a market like this, sometimes you have to move quicker than the rest of the market can move.
I now have some wonderful new neighbors just a block away from me and they have the house they wanted on the block they wanted. It even has the front porch that we asked the builders to install, so it hits all the key wish list items! 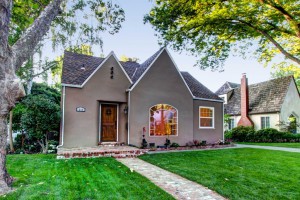 You can see all the details of this property on my real estate site.