Save the date for the 2015 Pops in the Park concert series!

On June 6th Tom Rigney and Flambeau will kick off the summer concerts in East Portal Park.

June 13th we will get to hear the John Skinner Band playing in Bertha Henschel Park.

June 20th will be Mumbo Gumbo in McKinley Park. Since McKinley Park is just two blocks from my home I’ll probably be there with a whole block party contingent enjoying the show.

We finish the series on June 27th at Glenn Hall Park with The Count. 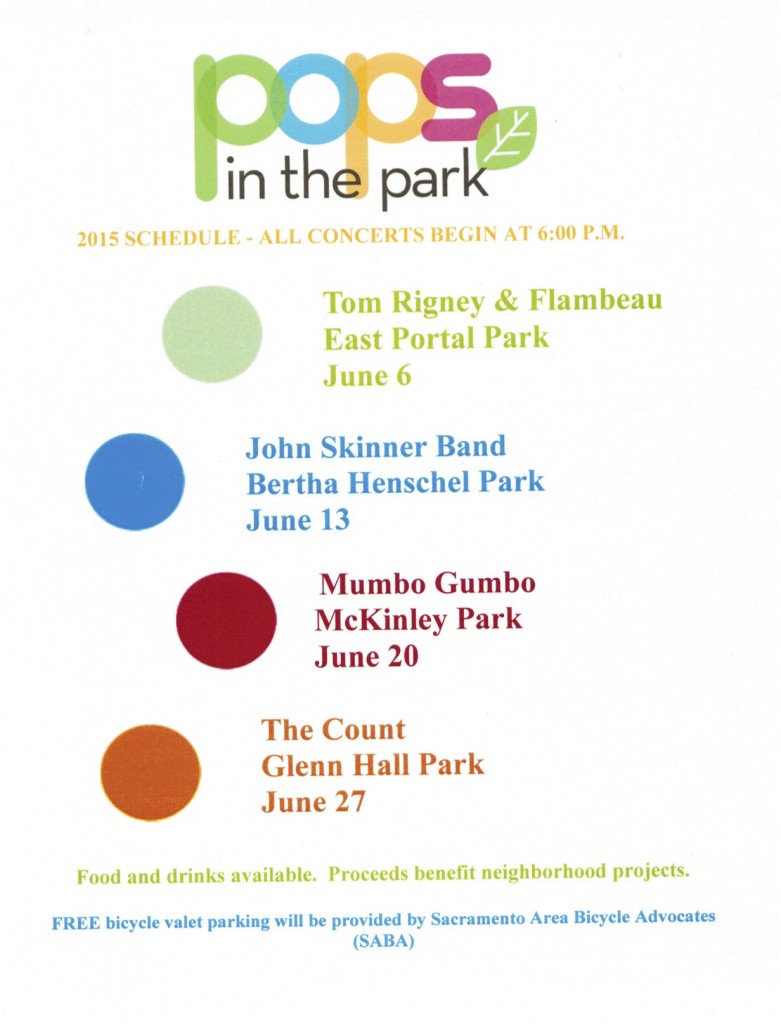